/ Governance / Combatting rape as a weapon of war | Rene Wadlow

Combatting rape as a weapon of war | Rene Wadlow

The co-laureate of the 2018 Nobel Peace Prize, Denis Mukwege, has become an eloquent spokesperson for the effort to outlaw the use of rape as a weapon of war.  Rape has often been considered as a nearly normal part of war.  When an army took a city or town, the rape of women followed, a reward to brave soldiers.  Military commanders turned a blind eye.

However, whatever may have been past practice, rape has now become a weapon of war, often an effort at genocide.  Women’s reproductive organs are deliberately destroyed with the aim of preventing the reproduction of a group – one of the elements of genocide set out in the 1948 Genocide Convention. 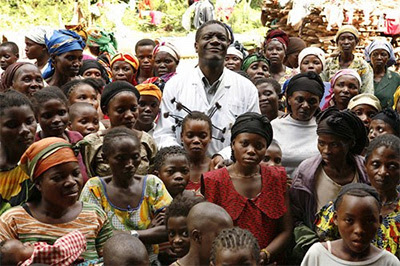 Denis Mukwege has created a clinic near Bukavu in South Kivu, Democratic Republic of Congo – a country that is democratic only in name.  He and a number of younger doctors whom he was trained try to care for women who have undergone rape by multiple men, one after the other, often in public in front of family members and others who know the woman.  Known rape, even by a single person, can be a cause of family breakup, lasting shame, and an inability to continue living in the same village.  There are also negative attitudes toward children born of a rape.  Multiple rape is often followed by deliberate destruction of the reproductive organs.

The eastern area of Congo is the scene of fighting at least since 1998 – in part as a result of the genocide in neighboring Rwanda in 1994.  In mid-1994, more than one million Rwandan Hutu refugees poured into the two Kivu states, fleeing the advance of the Tutsi-led Rwandan Patriotic Front now become the government of Rwanda.  Many of these Hutu were still armed, among them the “genocidaire” who a couple of months before had led the killings of some 800,000 Tutsi and moderate Hutu in Rwanda. They continued to kill Tutsi living in the Congo, many of whom had migrated there in the 18th century.

The influx of a large number of Hutu led to a desire to control the wealth of the area – rich in gold, tropical timber and rare minerals such as those used in mobile telephones.  In the Kivu, many problems arise from land tenure issues. With a large number of new people, others displaced and villages destroyed, land tenure and land use patterns need to be reviewed and modified.

However, violence in the eastern Congo is not limited to fighting between Hutus and Titsis.  There are armed bands from neighboring countries – Rwanda, Burundi, Uganda – who have come on the scene attracted by possible wealth from timber and mines of rare minerals.  In addition, local commanders of the Congolese Army, far from the control of the Central Government, have created their own armed groups, looting, raping, and burning village homes.

There is a United Nations peacekeeping force in the Congo, the U.N.’s largest peacekeeping mission.  However its capacity has reached its limit. Its operations are focused on areas with roads, leaving villages on small paths largely unguarded.

There has been a growing international awareness of the use of rape as a weapon of war.  The issue was raised during the conflicts which followed the breakup of Yugoslavia as well as cases brought to the International Criminal Court.  The Association of World Citizens has raised the issue in U.N. human rights bodies in Geneva.

Yet there is much yet to be done to make the outlawing of rape as a norm of humanitarian law and especially to prevent its practice.  The Nobel Peace Prize to Denis Mukwege should be a strong step forward in this effort.